Michael B. Jordan scrubs Lori Harvey from his Instagram after breakup 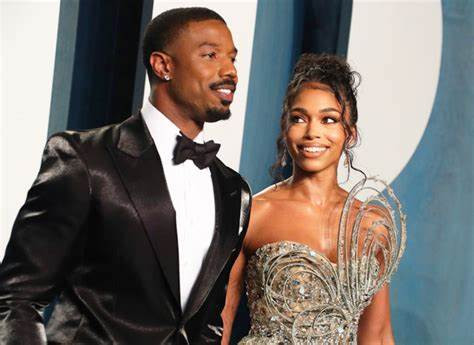 35-year-old actor, Michael B. Jordan has scrubbed Lori Harvey clean from his Instagram, exactly two weeks after she erased every trace of their relationship from her own account.

The duo who began dating since fall 2021, ended their relationship in June. Before Lori removed all traces of Jordan from her Instagram feed, Jordan still had photos on his account of him and Harvey stepping out for Vanity Fair‘s Oscars After-Party, where they made their red carpet debut in March, as well as a photo from February of Harvey sporting an all-white look that he captioned, “I love her .”

The model’s father, “Family Feud” host Steve Harvey, confirmed the two broke up via his morning radio show on June 6.

“Look, as long as everyone can walk away in peace, be friends … I ain’t heard nobody say they busted no windows or nothing.

“As long as you don’t put your hands on my daughter, I don’t give a damn what you do.”

Steve did hint, however, that dating in the public eye may have contributed to the couple’s demise. He also said that he still has love for the “Black Panther” star.

“He’s still a cool guy, you know, from what I know. It’s a breakup. I’m pretty sure they’ll be fine. People break up all the time.”

On Sunday June 20, Jordan was seen enjoying a night out as a newly single man at West Hollywood’s Delilah nightclub. He was photographed flashing a peace sign from behind the wheel as he arrived at the venue, wearing a white tank top and silver chain necklace.