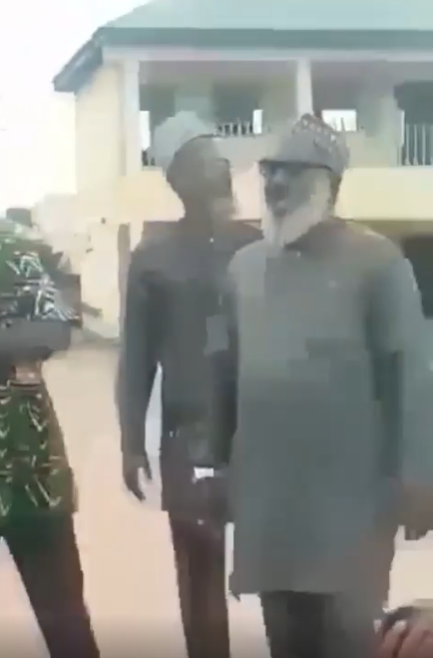 The FCT police command has reacted to a video in which a woman alleged that some Muslim men came to stop Christians from registering for their PVC at Lugbe Federal Housing Estate in Abuja.

The woman had in the video alleged that they were tagged “Harina” (Christians) by one of the Muslim men who came to the registration center with some young men.

However the FCT police command has countered the claim, stating that the “video is suspected to have been doctored or not dated recent”.

According to the police, registration wasn’t going on or has not started as no one was found at the venue.

As at when we caught wave of the erroneous information, (at about 7:30 -8:00 am ) the DPO Lugbe led a team of Policemen men to the said venue, registration wasn’t going on or has not started as no one was found at the venue.

This video is suspected to have been doctored or not dated recent. We strongly urge members of the public to disregard the baseless news and to stop its promulgation .

While investigation is ongoing to find the source of the news, monitoring and surveillance continues on the scene. 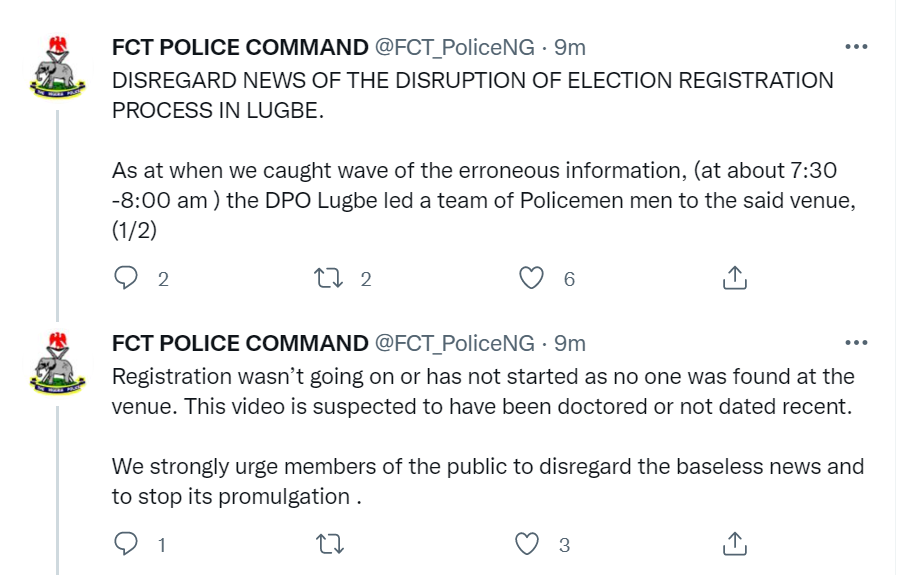 Hours after sack by NURTW, Lagos state govt appoints MC Oluomo as chairman of motor parks in the state

JJC Skillz’s son, Beni, accuses him of physically assaulting him and threatening to kill him after he got expelled from school (videos)

“I have not seen a man with 2 or 3 wives that has been stabbed to death – Nigerian activist, Kola Edokpayi says as he calls on churches to adopt polygamy