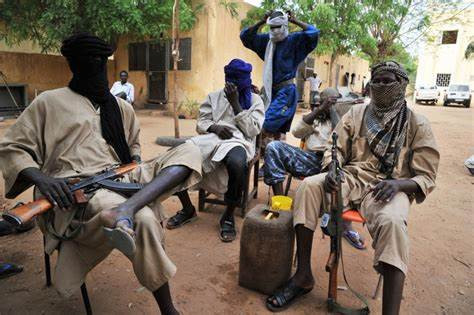 Twenty-people have been kidnapped by gunmen who attacked Rafin Daji, a boundary community between Niger State and the FCT.

FCT police spokesman, Oduniyi Omotayo who confirmed the attack, told Channels Television that it occurred on Friday June 24 while farmers were cultivating their farm land.

“The farmers were on their farm land working when gunmen outnumbered and kidnapped them.”

Omotayo did not give much details regarding the attack and those who were abducted. He also disclosed that a combined team of security personnel have been deployed to the area and are combing it aggressively for traces of the abductors as to bring them to book and rescue the abductees.

Eyewitnesses who spoke to Channels Television, said the gunmen shot sporadically when they invaded the community, fortunately, no lives were lost.

According to the witnesses, the assailants whisked away 22 farmers, burnt down two tractors belonging to the owner of a large farm in the area. Thirteen members of a family were said to be among those abducted by the gunmen.

A relative of some of the victims, Engineer Ibrahim Barde said his immediate younger brothers and their families who were on their farms had barely finished their work when the gunmen attacked.

“They were 13 of them on the farm including seven children between the ages of 15 and 17, three women; one just got married last year and an aged woman, my brothers and the tractor driver.”

The Engineer who disclosed that gunmen have contacted his family but are yet to make demands, gave the names of some of his relative kidnapped to include “Ismaila Barde, Mustapha Barde, Nasiru Barde, Abdulkarim Barde, Sanusi Barde, Usman Barde, Nura Barde, Abdullahi Barde, Babawo Barde, Farida Ayuba, Hauwa Ayuba and Husai Abdullahi.”

“They were asking us, how many of our families were abducted. We didn’t tell them because we suspected they trying to fish out a particular family. But they have not stated their demands yet.”

Alleged domestic abuse: Sheggzâs ex-girlfriend opens up about their relationship and what she experienced while she dated him

Atiku meets with Wike, promises to support him for president in 2027

Alleged domestic abuse: Sheggzâs ex-girlfriend opens up about their relationship and what she experienced while she dated him

Atiku meets with Wike, promises to support him for president in 2027

Don’t get involved in a man and woman’s relationship – Davido’s aide, Israel writes as he shares new photo of Davido and Chioma