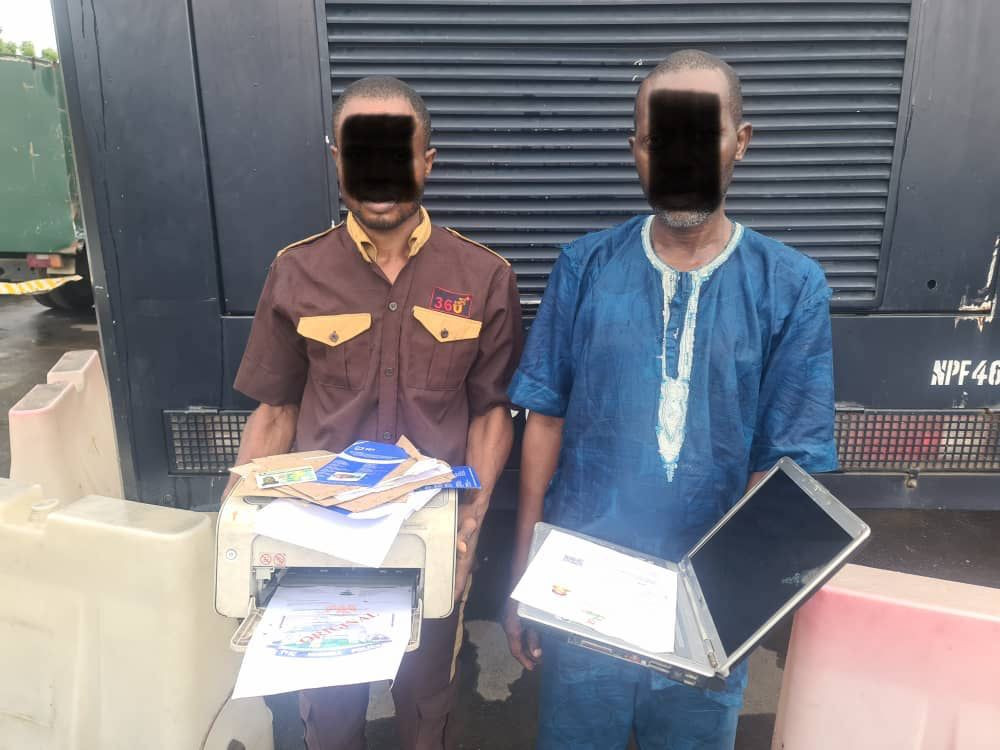 A statement released by SP Benjamin Hundeyin, spokesperson of the command, says the duo was arrested following credible intelligence that they duped innocent Nigerians by producing fake vehicle documents and impersonating officials of the Lagos State Vehicle Licencing Office.

”Salaudeen, a security man at the Lagos State Electricity Board Ikeja was arrested for aiding and abetting by allowing Olushola use his security post to run his illicit business. Investigation reveal that the suspects have been in the business since February 2021. ”the statement read in part

He stated that the state Commissioner of Police, CP Abiodun Alabi, has directed that the suspects be arraigned at the conclusion of investigations.

Plateau Attacks: We have buried 106 people so far – LG Chairman

Pull your trouser and wear skirt