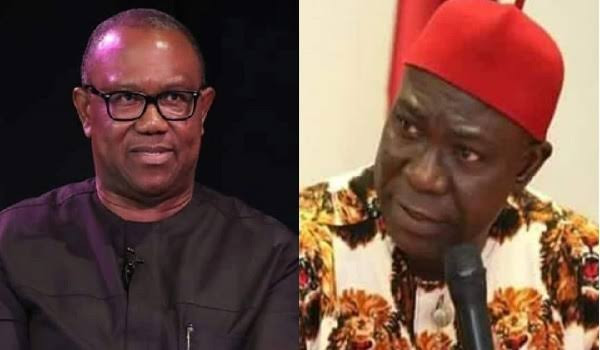 Labour Party presidential candidate, Peter Obi, has reached out to the family of former deputy senate president, Ike Ekweremadu, who was arrested and arraigned before a UK magistrate court on Thursday, June 23,  over alleged organ harvesting.

Ekweremadu and his wife, Beatrice, have been accused of taking a 15-year-old boy from Nigeria to the UK to harvest his kidney for their sick child.

Reaching out to the embattled former deputy senate president on his Twitter handle,  Mr. Obi wrote;

”My family and I are with the Ekweremadu’s over their travail. We join all men of goodwill in praying for the healing of their daughter and commit them into God’s hand for justice to be done. -PO”

Deontay Wilder eyes bouts against Fury, Joshua and Usyk before retiring from boxing