The internet reacts after Actor, Chris Evans gets rid of the iPhone 6s he’s been using for the past 7 years 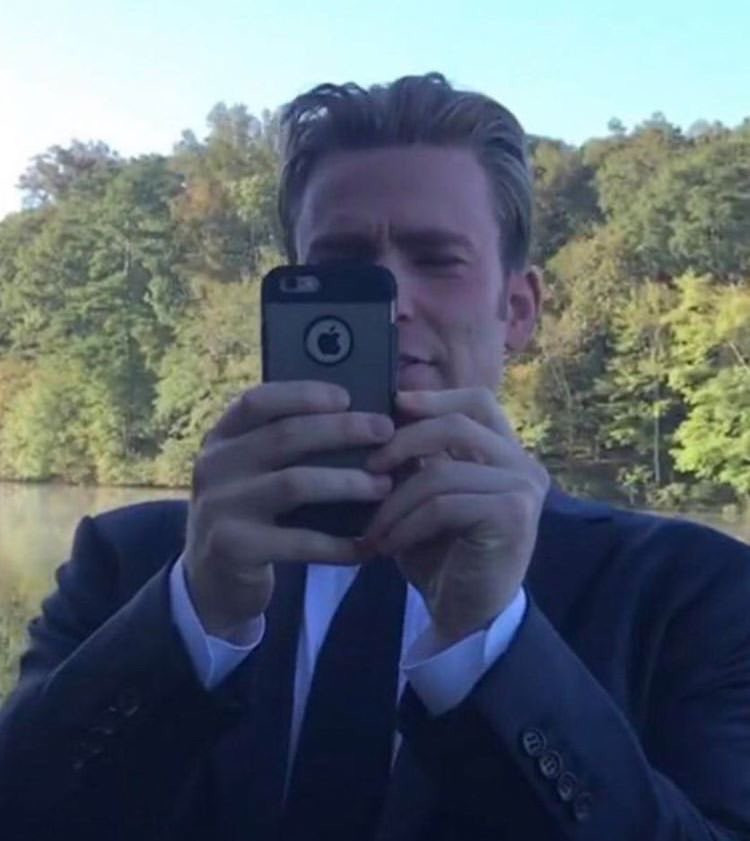 The internet has reacted after Hollywood actor, Chris Evans penned a long note bidding goodbye to his old phone.

Sharing a photo of two phones an one old and the other new – Chris Evans said; 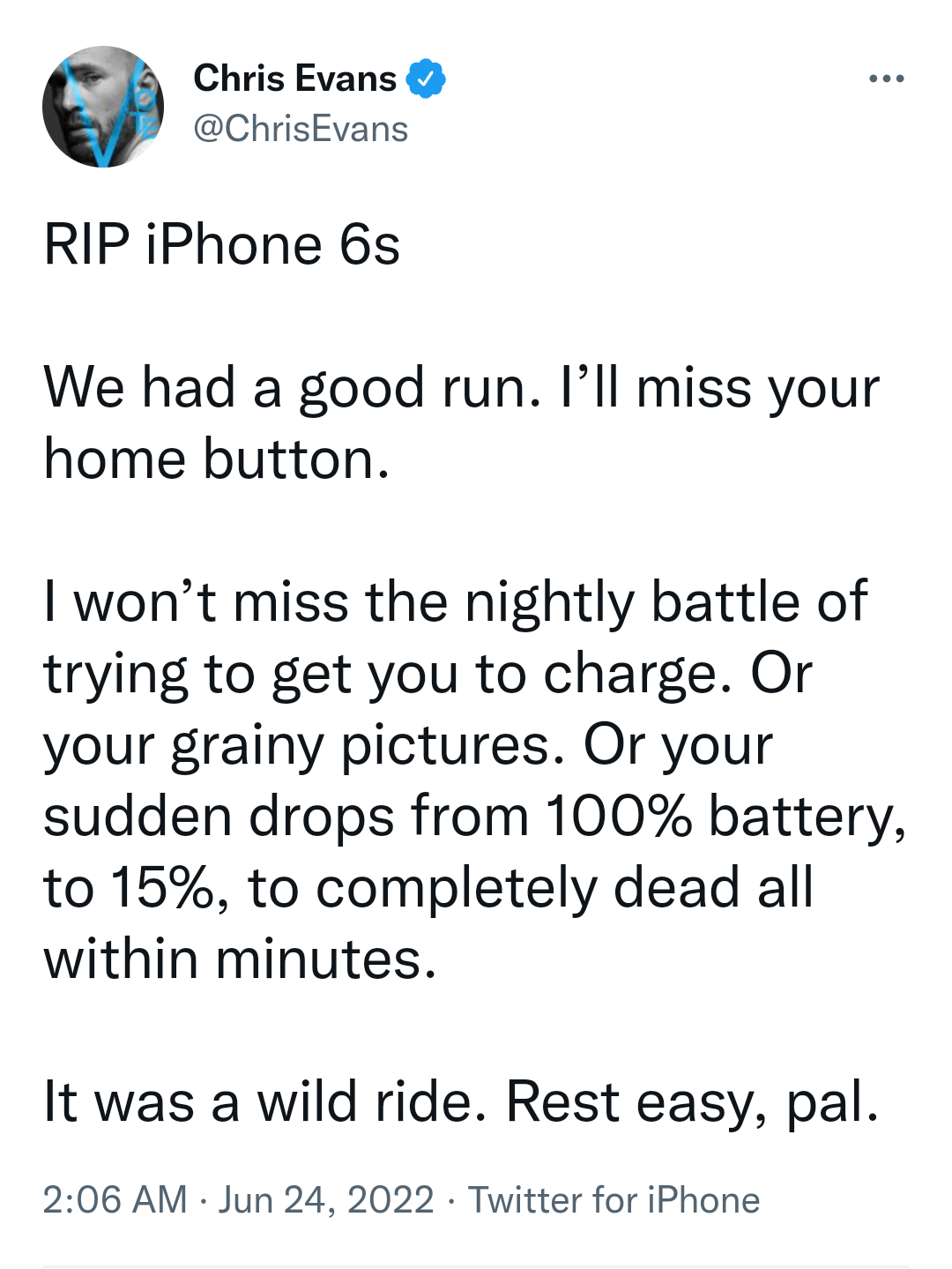 “RIP iPhone 6s. We had a good run. I’ll miss your home button. I won’t miss the nightly battle of trying to get you to charge. Or your grainy pictures. Or your sudden drops from 100% battery, to 15%, to completely dead all within minutes. It was a wild ride. Rest easy, pal. #tilthewheelsfalloff.”

Needless to say, the internet celebrated the ‘milestone’ with hilarious comments and responses as fans were surprised that the actor was still using the iphone 6S which was produced in 2015 despite having a networth of $80 million

Replying to the post, actress Octavia Spencer said, “OMG! I just gave up my home button last week. Transitioning to the 13 has been easier than I thought. So…. #IFeelYouBuddy.”

While actress Kate Beckinsale said, “Not the grainy pictures,” Yvette Nicole Brown exclaimed, “Please tell me you didn’t still have the 6?! HOW did that happen to you?!”

Also actress Lizze Broadway added, “Why does this bring me so much joy.”

See some responses below… 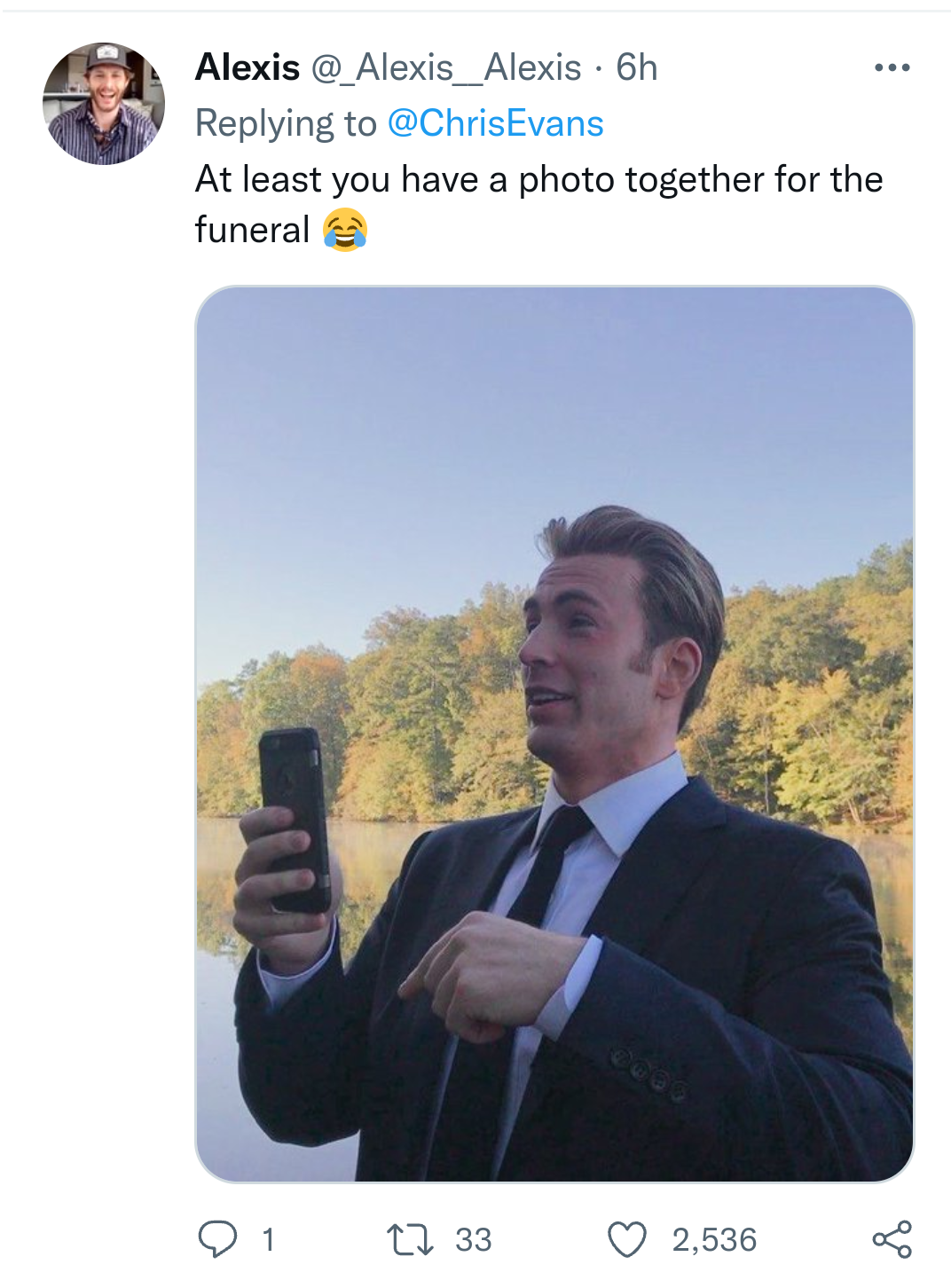 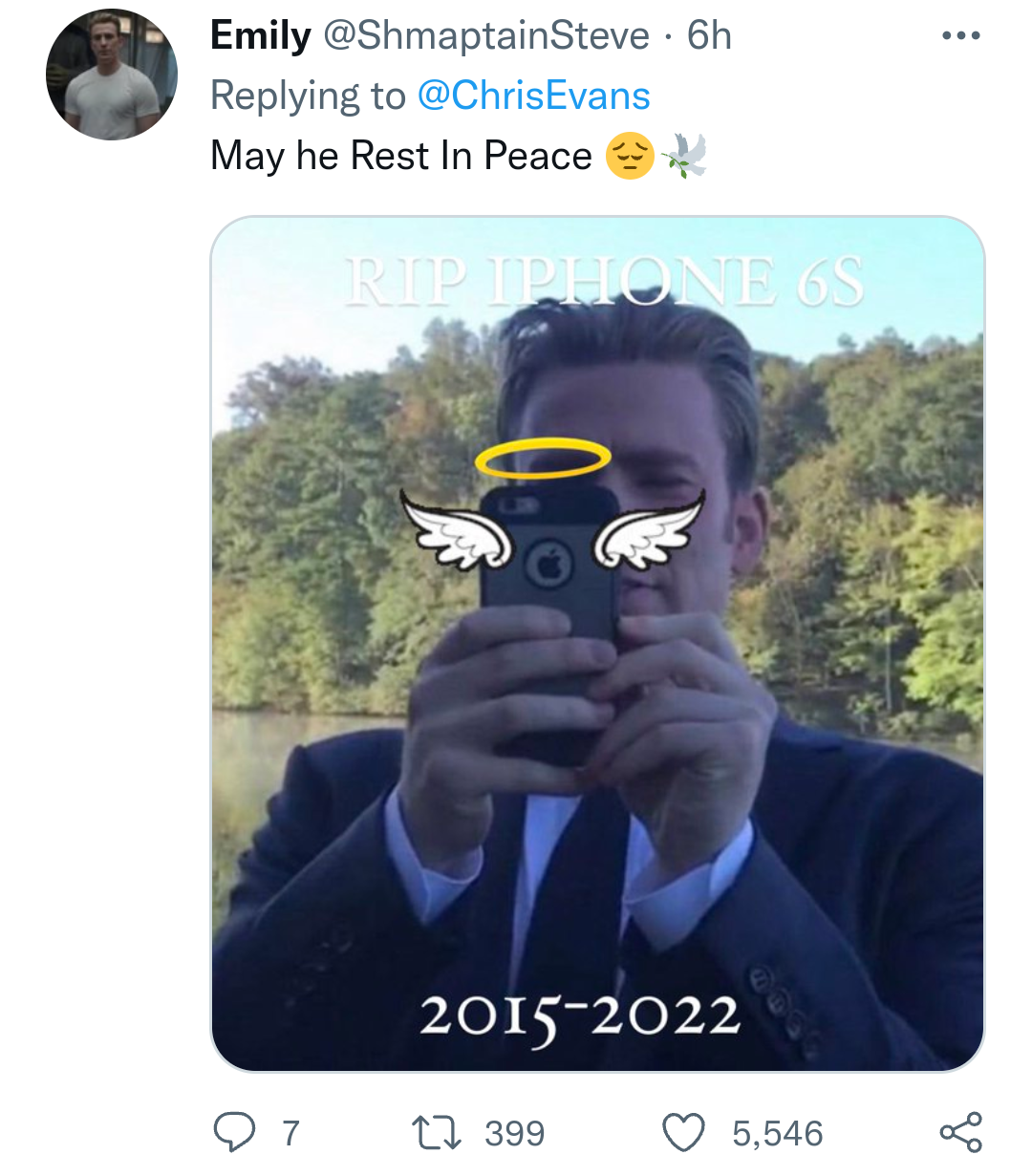 You put that thing out of its misery tbh pic.twitter.com/X9d2wanLki

Deontay Wilder eyes bouts against Fury, Joshua and Usyk before retiring from boxing