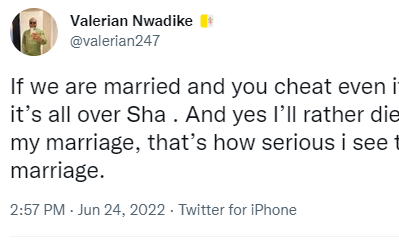 A Nigerian lawyer, Valerian Nwadike, who left the seminary has said he respects the institution of marriage so much that he would rather die than cheat in his marriage.

In a series of tweets, Nwadike pointed out that if his partner also cheats, even by ‘mistake’, their marriage will be over.

His position however started a debate with some persons averring that he would continue to remarry if cheating is what would lead to the dissolution of his marriage.

Some opined that he should marry first before coming out with this position as marriage is deeper than it seems. Others expressed disappointment at people who are out to normalize cheating. 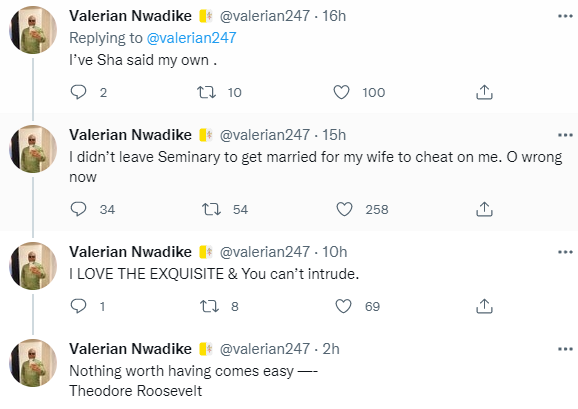 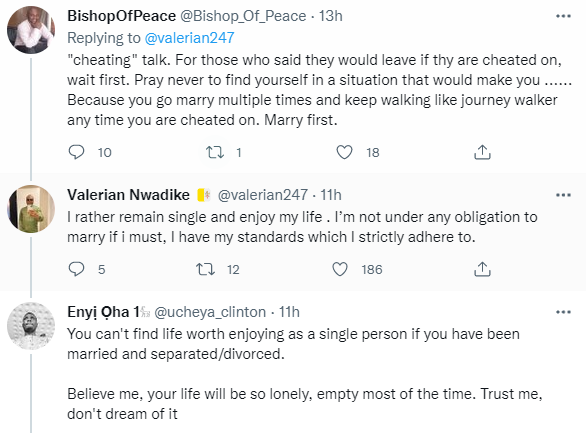 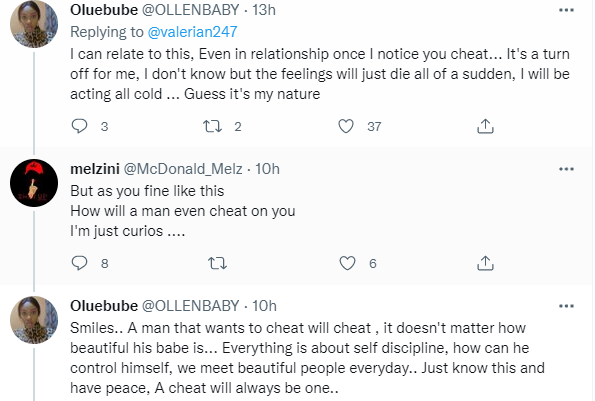 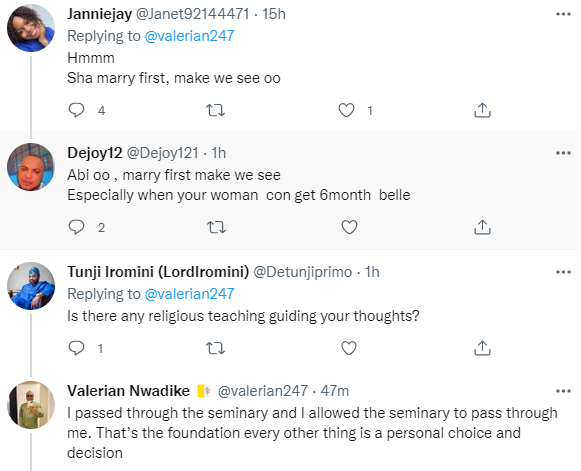 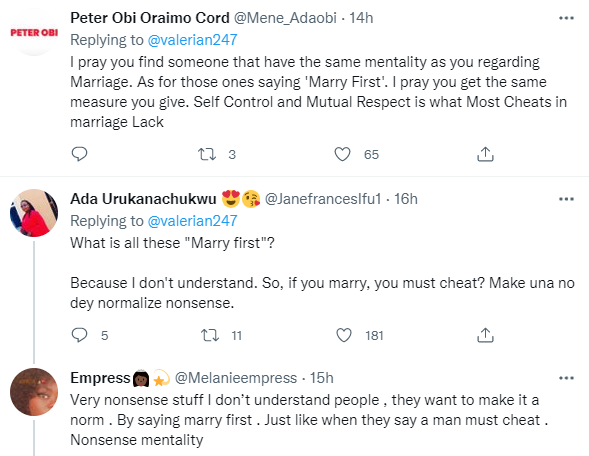 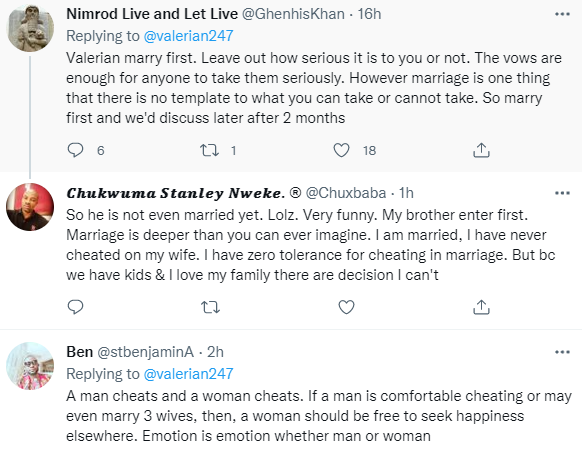