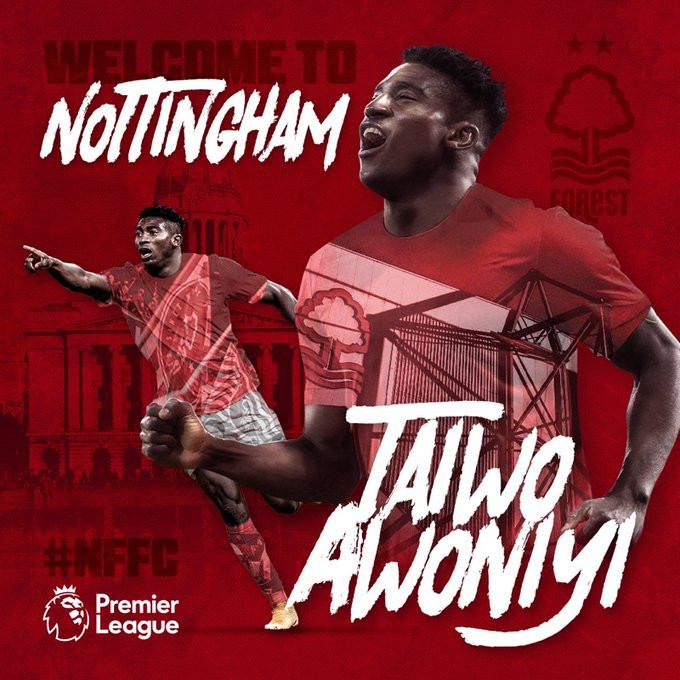 Nottingham Forest have confirmed the signing of Super Eagles of Nigeria striker Taiwo Awoniyi for a club record fee.

The Union Berlin forward is understood to have completed a move in the region of £17.5million,  beating the previous record arrival set by Portuguese midfielder Joao Carvalho in 2018.

His former club, Liverpool will receive £1.75million from the deal due to a 10% sell-on clause negotiated in his move to Union Berlin in 2021.

Speaking to the club website on Saturday, June 25, , Awoniyi said: ‘I’m very excited to be here at Nottingham Forest.

‘It’s always been my dream to play in the Premier League and having spoken to Steve Cooper about our ambitions and looking at Forest, with its great history, it’s a club that I want to be part of.’

The former Liverpool striker scored 15 goals for Union Berlin in the Bundesliga last season before choosing a move to the Premier League, despite interest from RB Leipzig.

The 24-year-old joined Liverpool in 2015 and had loan spells at six different clubs without making the breakthrough at Anfield.

Awoniyi becomes Forest’s first international signing since their promotion to the Premier League last month, as the club look to splash out in the summer transfer window.