‘No one in politics is remotely indispensable’ 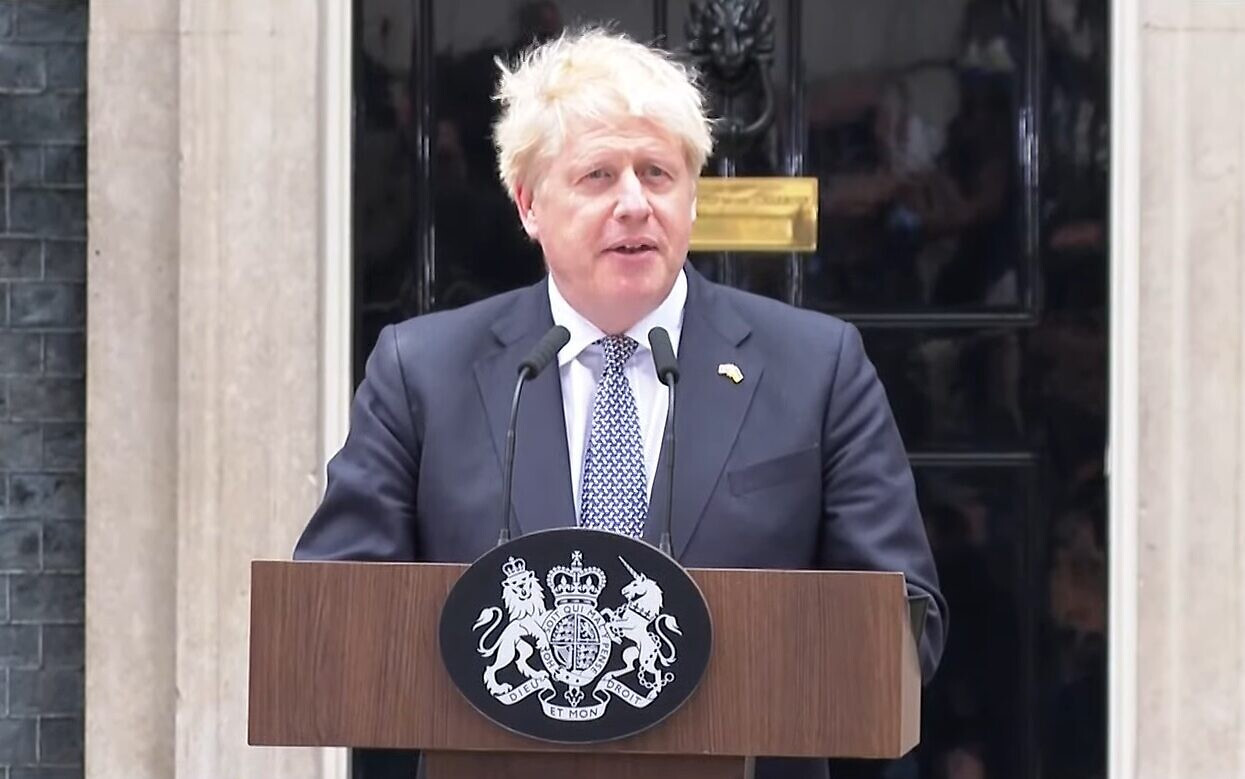 Boris Johnson has announced his resignation as UK  prime minister after less than three years in Number 10.

Speaking from Downing Street on Thursday afternoon, July 7, he thanked the millions of people who voted for him and said the reason why he had fought so long to remain at Number 10 was because “I thought it was my job, my duty and my obligation to you”.

Mr Johnson said it was “painful not to see it through”, but added: “No one in politics is remotely indispensable.”

He said he had tried to persuade his cabinet it would be “eccentric” to change prime minister now but “I regret not to have been successful in those arguments”.

Mr Johnson said the process to appoint a new leader would begin now, with a timetable set out next week.

The announcement comes after a series of scandals and months of political turbulence struck his governtment, with several Conservative politicians, including health secretary and chancellor, resigning from their positions.

In their resignation letters and speeches in the House of Commons, ministers said they were fed up with Johnson and his self-inflicted scandals, stoked by his prevarications, with one former official saying “enough is enough.”

Johnson, who had vowed to cling on to power, was facing the heat for his shifting claims on Chris Pincher, a lawmaker who stepped down as a government whip on June 30 following allegations of sexual misconduct.

Last Thursday, the Sun newspaper broke the news that Pincher, a Conservative MP, resigned after a boozy evening at the Carlton private members club where he allegedly groped two men, touching at least one of them in the groin.

Pincher resigned saying he had embarrassed himself and other people in a state of drunkenness. Following the resignation, the government announced that no further action would be taken against Pincher and that he would retain his job as an MP as he had recognised his misconduct. This enraged the Conservative MPs, BBC reported.

This was not the first time allegations of sexual misconduct were levelled against Pincher, who was elevated to the position of power as the party’s deputy chief whip by Johnson.

After initial claims that the PM was not aware of allegations of misconduct against Pincher before appointing him as deputy chief whip, reports emerged that Johnson was not just informed about a formal complaint against Pincher in 2019-20 but was also personally briefed about it.

On Tuesday, Johnson admitted he was informed about the complaint in 2019 and apologised for appointing Pincher to the government role.

The Pincher scandal is the latest in a series of scandals Johnson has faced. After being criticised for his handling of the COVID-19 pandemic, he was accused in the ‘Partygate’ scandal which stemmed from parties and gatherings at Downing Street organised during the pandemic lockdowns.

Johnson was fined by the police in April for breaking the law and attending a birthday party during lockdown in June 2020.