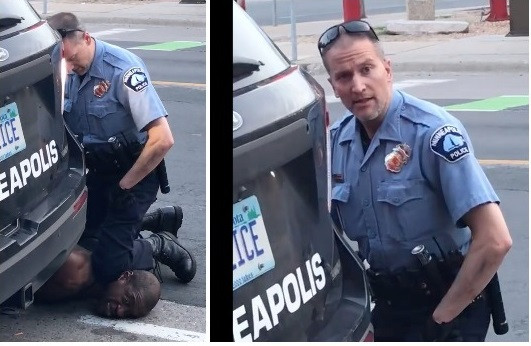 Former Minneapolis police officer, Derek Chauvin has been sentenced to more than 20 years in prison for violating George Floyd's civil rights. Chauvin, 46, pleaded guilty to the separate federal civil rights charges in December. He is already serving a 22-year state prison sentence for the on-duty murder of Mr Floyd, a 46-year-old black man. The two sentences will run concurrently and Chauvin will now be moved to a federal prison. But he will almost certainly spend more time behind bars following the sentencing. His sentence is due to be followed by five years of supervised release. "George's life matters," Mr Floyd's brother, Philonese, said in court on Thursday as he asked the judge to impose the maximum sentence of 25 years. Chauvin, who is white, was convicted on murder and manslaughter charges in Minnesota for kneeling on Mr Floyd's neck for more than nine minutes. The killing – captured on a bystander's phone camera – sparked global outrage and a wave of demonstrations against racial injustice and police use of force. The federal charges against Chauvin included two counts for depriving Mr Floyd of his rights by kneeling on his neck as he was in handcuffs, and by failing to provide medical care during the May 2020 arrest. As part of the plea agreement, Chauvin also pleaded guilty to violating the rights of a then-14-year-old boy during another arrest that took place in 2017. According to the indictment, Chauvin held the boy by the throat, hit him in the head with a flashlight and held his knee on the boy's neck and upper back while he was handcuffed and not resisting. Like Mr Floyd, the boy was black. Prosecutors said that unreleased bodycam footage showed Chauvin kneeling on the boy's back for 17 minutes while he cried out for his mother. When Chauvin pleaded guilty, prosecutors asked that he serve his sentence concurrently with his murder sentence. He had been facing life in prison if he were to be convicted at a second criminal trial. In court on Thursday, his lawyer requested a sentence of 20 years, saying that he showed respect for the legal process during his trial and is not at risk of repeating his offences. Addressing the court in what is likely to be his last legal hearing for years, Chauvin said that the judge had a difficult decision, given the "politically-charged environment," and recognised that the court strives for fairness. Addressing Mr Floyd's children, some of whom were present in court, Chauvin said that he wishes them "all the best in their life" and that they have "excellent guidance in becoming good adults". He did not apologise. "For your actions, you must be held accountable," Judge Paul Magnuson said before handing down the sentence. He concluded the 35-minute hearing by wishing Chauvin "the very best in his future". The post George Floyd’s killer Derek Chauvin bags additional 21-year sentence for violating rights appeared first on Linda Ikeji Blog.