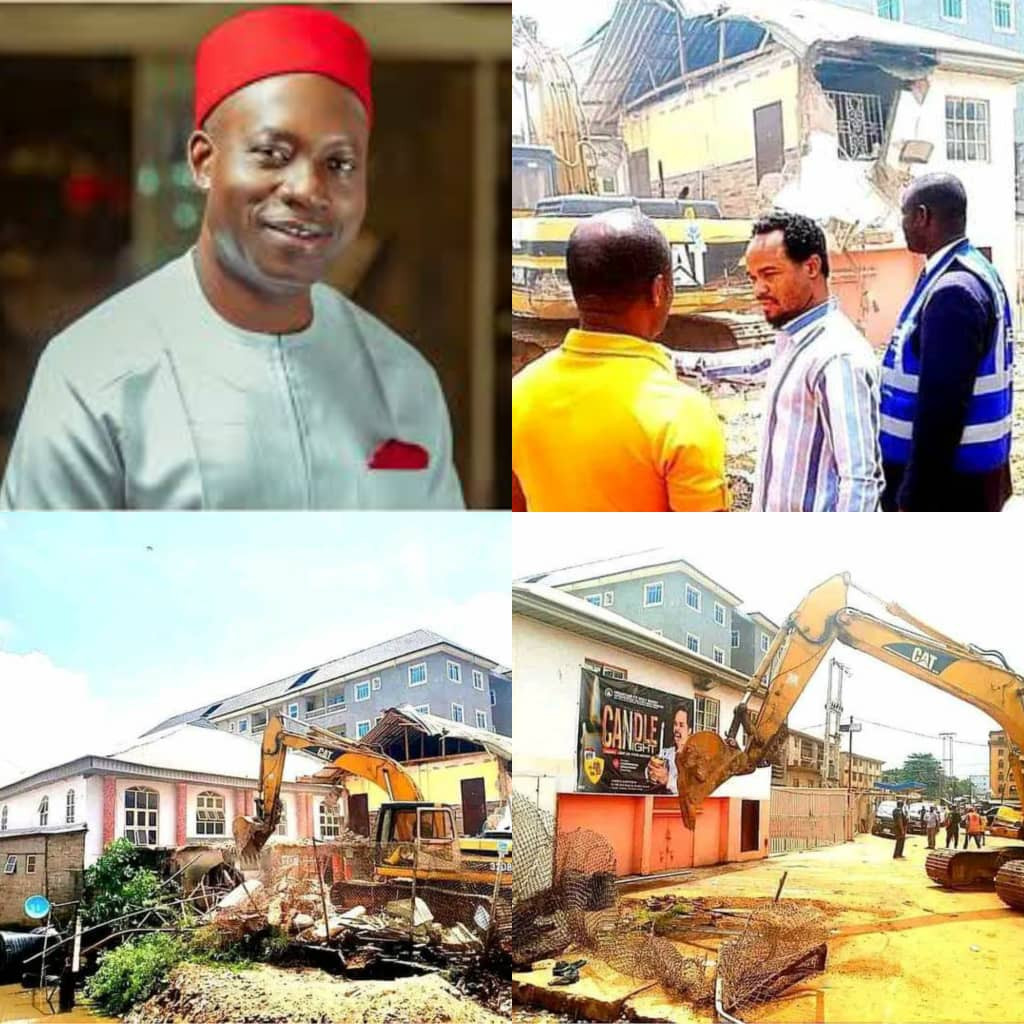 Governor Charles Soludo has reacted to the video of clergyman, Prophet Chukwuemeka Ohanaemere aka Odumeje, being manhandled by some taskforce workers in the state.

The taskforce team had stormed his church to demolish a section of the building said to be erected on a waterway.

During the demolition, Odumeje had a clash with the team and in a video that went viral, one of the personnel slapped and pushed him. This has been widely condemned by many Nigerians.

In a statement released on social media this morning, Governor Soludo said the action of the taskforce personnel is regretted and that he has instructed that the task force personnel involved in the manhandling of the clergyman be treated in accordance with the rules of public conduct which he roundly failed to uphold.

Read the statement below

”Let me sincerely appreciate nd? Anambra for understanding with us as we take audacious steps towards making our Homeland Liveable and Prosperous. On this journey, imperfect steps will be taken, emotions will run wild and opinions will grow thick.

What is pertinent to note is that we shall remain undaunted, correct our imperfections, strive to put our emotions in check and aggregate opinions that are in the interest of our overall good.

Yesterday’s outing has evoked emotions, not against the decision of government, but the imperfect and unprofessional manner with which one of the task force members discharged his lawful duty. This is highly regretted, and would never happen again. I have instructed that the task force personnel involved in the manhandling of Prophet Chukwuemeka Ohanaemere (Odumeje) be treated in accordance with the rules of public conduct which he roundly failed to uphold.

We will continue to work to actualize the mandate you have given to us. Nothing short of the best outcomes is guaranteed. On behalf of the government and good people of Anambra State, I condemn the assault, and further ask for your continued support in the fight to restore the dignity of Onitsha, and indeed the totality of our Homeland.” 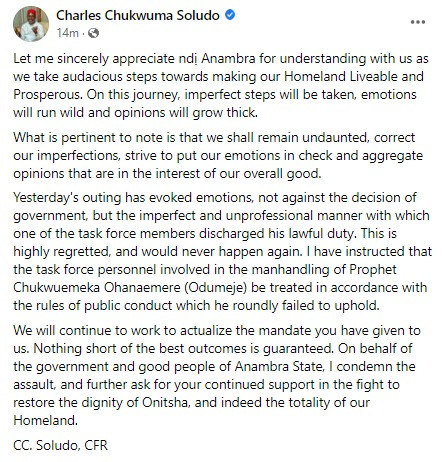