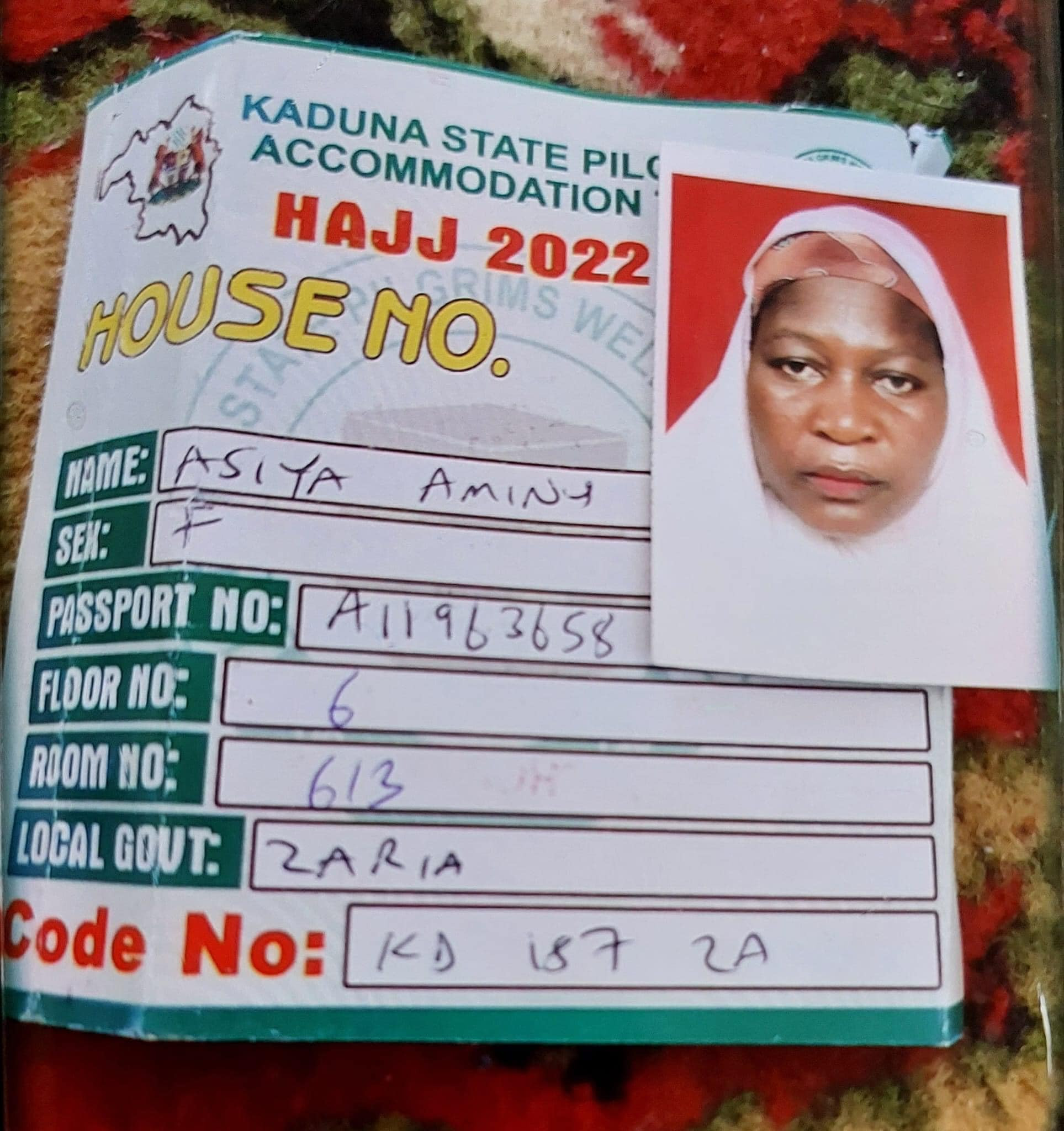 Aminu, from Zaria Local Government Area of Kaduna State, died while sleeping shortly after returning from Mount Arafat, according to her neighbours in the tent.

The National Hajj Commission of Nigeria (NAHCON) confirmed the death of Hasiya in a statement on Friday.

Dr Usman Galadima, Chief of Operations and Head of the Nigerian Medical Mission, told the News Agency (NAN) that no cause has been ascertained for her death.

Galadima said that the family of Aminu had already been informed of her death and she would be buried according to Islamic rites.

Also confirming her death, the Ag. Director of Operations, Alh Abubakar Alhassan said the pilgrim died without any prior illnesses.

Aminu is the second pilgrim that has died during the 2022 Hajj operations.

Hajiya Aisha Ahmed from Keffi in Nasarawa state died also last week after a brief illness and was buried in Makkah.