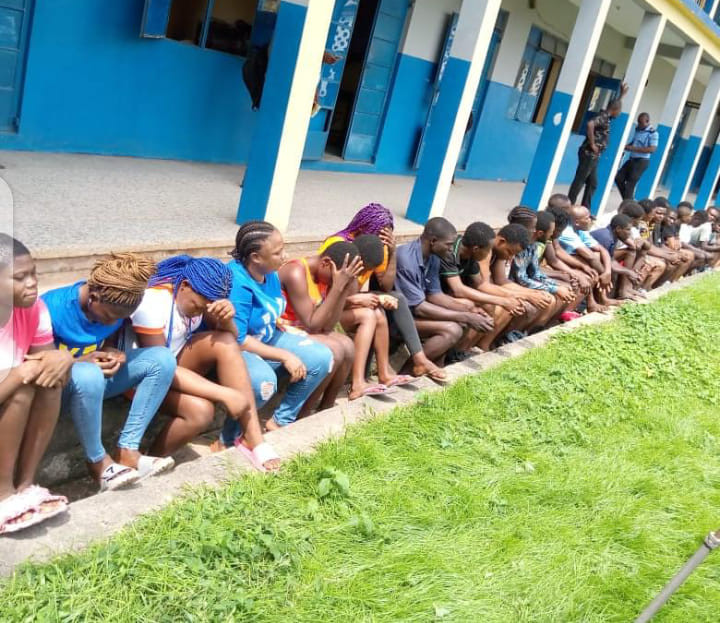 Parading the suspects at the Police Headquarters on Thursday, July 7, spokesperson of the command, SP, Chidi Wanbuzor, said the arrest was made possible following the directive from the Commissioner of Police, CP Abutu Yaro to rid the state of cultists and other criminal elements.

SP Wanbuzor said the police operatives of Anti-cultism Unit of the command conducted raid exercise in different parts of the state in criminality hideouts and black spots and arrested a total of 23 males and 7 females and brought them to the station.

The spokesperson said the suspects have made their statements and confessed being members of different cult groups in the state.

“This serve as warning to others criminala in the state either to repent or relocate. This exercise is a continuous one to ensure that the state is rid of criminal elements,” he added.

He quoted the Commissioner of Police, CP Yaro to say “this exercise is ongoing and it is a continuous one to ensure that the state is rid of criminal elements.”