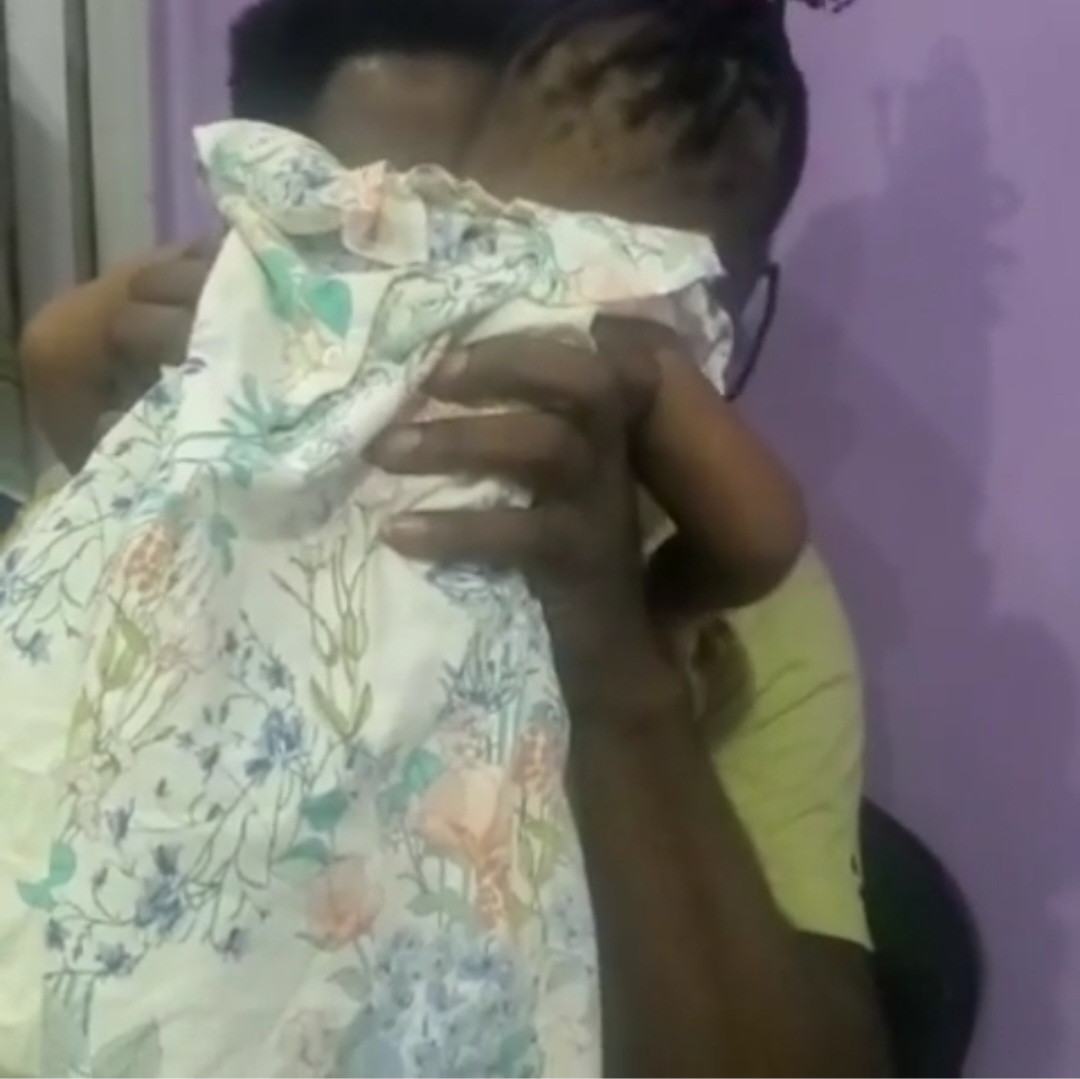 Authorities of Lohims Academy in Ojota, Lagos state have reacted to claims that a 13-month-old child was allegedly defiled at the school.

Activist, AuntLanda who raised the alarm on social media, said the child was taken to school on Monday, July 4, but when her mother picked her up after school, she said the little girl had swellings and blood stains around her vagina.

According to AuntLanda, the mother of the child said the child has been sick since the alleged incident happened. She said a test was conducted on the child the following day and the result showed she had been defiled. The child’s mother claimed the proprietress of the school has refused to cooperate and is accusing her of trying to soil the school’s reputation.

In a statement released by the management of the school, it claimed the parents of the child cut off all communications with the school and that efforts to contact the family have since been ignored.

The school also shared its account of how the child was brought to their organization and how parents were informed of alleged raped.

Read the statement below 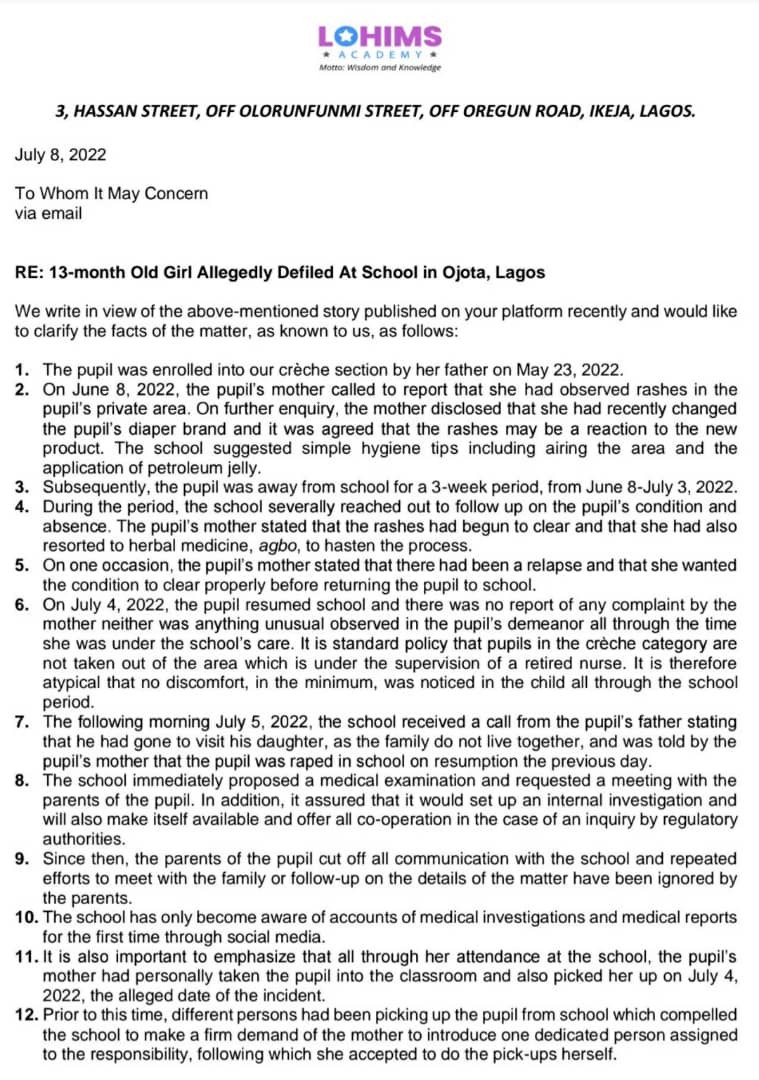 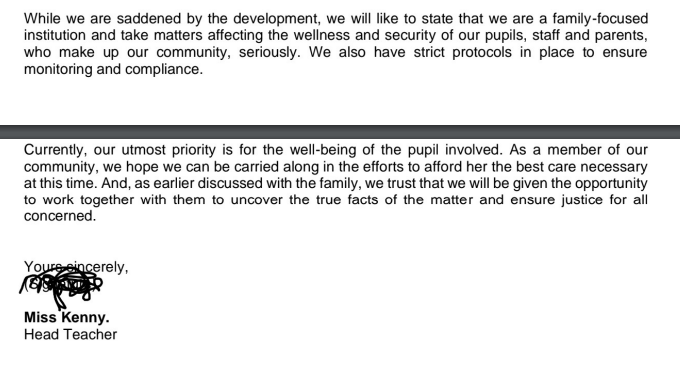